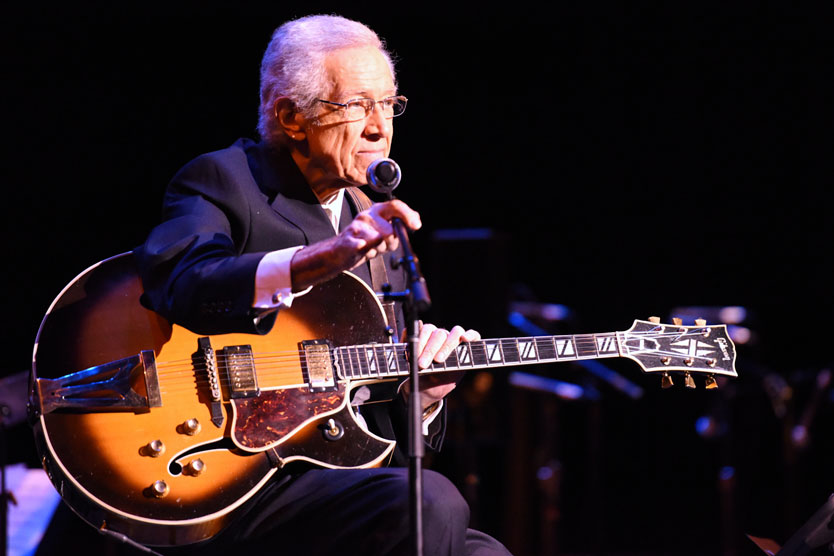 A new faculty chair honors Kenny Burrell, the founding director of UCLA’s Jazz Studies Program and a mentor to many.

The legendary Kenny Burrell is a UCLA icon. A much-beloved figure on and off campus, Burrell has spent nearly four decades at UCLA since launching Ellingtonia, the nation’s first college course on Duke Ellington, in 1978.

A prolific musician, he has produced 97 albums and played alongside jazz greats Dizzy Gillespie, John Coltrane, Miles Davis, Louis Armstrong, and Ray Charles, to name just a few. Although his résumé alone enhances jazz education at UCLA, Burrell has brought much, much more to the school. As the founding director of the Jazz Studies Program, he passes down his musical knowledge and passion for jazz to his students, serving as teacher and mentor for current stars like Gretchen Parlato and Kamasi Washington.

He also has been a dedicated advocate for jazz as a professional pursuit, founding the Los Angeles Jazz Orchestra Unlimited to increase paid performance opportunities for postgraduate musicians. Several of his former students play in the band, a model Burrell hopes to replicate in other cities to strengthen patronage for this great American art form.

Burrell’s efforts have drawn praise from industry greats, including famed trumpet player, philanthropist, and UCLA School of Music namesake Herb Alpert. Reflecting on Burrell’s influence, Alpert says, “Kenny plays such an important role at UCLA in helping to establish a new paradigm for music education and the future of jazz.” In honor of his trailblazing, the Herb Alpert Foundation gave a lead gift of $500,000 toward the Kenny Burrell Chair in Jazz Studies, which will support faculty work, scholarships, and jazz performances at UCLA.

To contribute to the $1 million goal, The UCLA Herb Alpert School of Music held a concert December 3, 2016, drawing nearly 1,000 students, faculty, staff, and community members to Royce Hall. Burrell opened with an arrangement of the Rodgers and Hammerstein classic “My Favorite Things,” fitting for a UCLA favorite.

Commemorating Burrell’s 85th year and his enduring place in the UCLA family, the celebration was hardly Burrell’s final coda — it was simply a heartfelt interlude in a continuing composition. 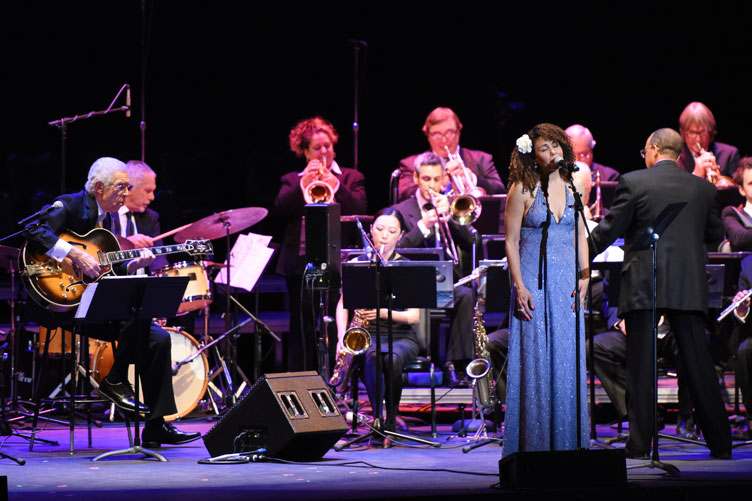 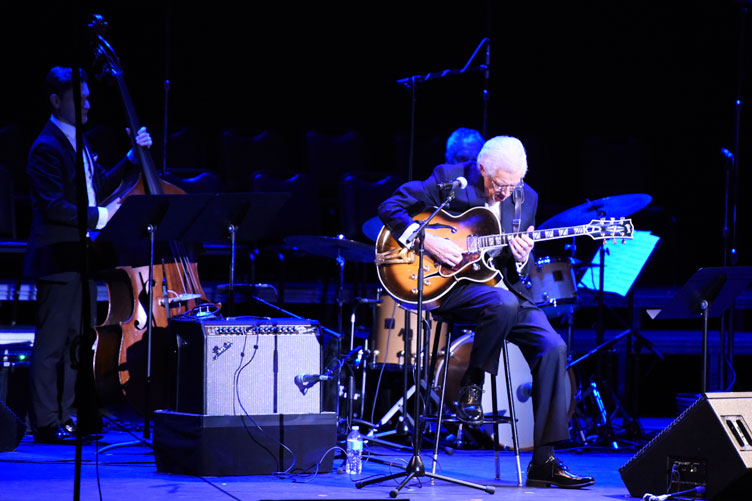 A much-beloved figure on and off campus, Burrell has spent nearly four decades at UCLA. (Photo credit: Damian Tsutsumida)