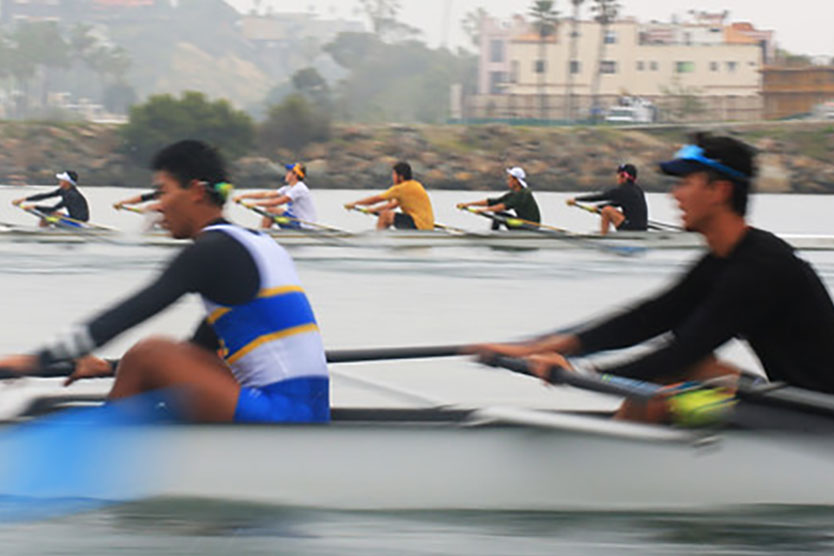 A gift to endow a coaching support fund for Men’s Rowing is a first for UCLA.

At UCLA, Men’s Rowing — like all the university’s recreational and club sports — relies on Student Affairs for space and facilities. Funding comes from a combination of sources: UCLA Recreation, UCLA Student Affairs, the Student Fee Advisory Committee, player dues, and philanthropic support from the parents of current athletes as well as an alumni group known as the Friends of UCLA Rowing (F.O.U.R.).

In the past, donors’ gifts to club sports have been directed exclusively to support team travel, lodging, equipment and player dues, but not anymore — and as we all know, in the world of sport, being first to the finish line is important.

Set up for Coaching Success

Bob Newman ’68 and his wife Mary Jo have that distinction. Their transformative $2.5 million gift to the UCLA Men’s Rowing Program is notable for many reasons: It is the largest gift ever made to UCLA club sports, it creates the first endowment for any Bruin club sport, and the majority of the gift supports coaching.

Why establish The Bob and Mary Jo Newman Coaching Fund?

“We’ve seen how impactful great coaching can be and are proud to give back to a program that has not only had an impact on my life, but one that continues to build the great leaders and athletes of tomorrow,” explains Bob Newman.

Rowing is widely acknowledged as one of the most grueling of athletic activities. Newman concurs.

“Rowing has been absolutely life-changing for me in terms of physical growth and development, mental, psychological and emotional maturation. Good coaches create these opportunities for the athletes and my gift helps create that continued dynamic.”

A transfer student from Orange Coast College, Newman competed as a member of the UCLA Men’s Varsity 8+ in the late 1960s (Men’s Crew became a club sport in 1990). He was a member of the undefeated 1967 V8, beating Washington and winning UCLA’s first Western Sprints championship. In 1971, Newman and his teammate Butch Pope (also a transfer from Orange Coast College) became the first UCLA rowers to earn a berth on the U.S. National Team.

Later, Newman served as head coach of UCLA Men’s Rowing from 1979 through 1985 and had a direct impact on the lives of hundreds of UCLA student-athletes. The team had been in a slump, but under his leadership they beat Cal for the first time in a decade and Newman was named 1981 PAC-10 Crew Coach of the Year. At the San Diego Crew Classic in 1982, UCLA finished ahead of Harvard for the first time ever, putting the Bruins back in national contention.

Newman’s experience serving as a coach had a lot to do with the very specific way he chose to give back to his alma mater.

“I think the best part for me is seeing the people I coached becoming successful and happy professionally and personally,” says Newman. “I am particularly thrilled when they attribute some of that happiness and success to what they learned and gained though their rowing experience.”

The gift from the Newmans gives extra momentum to the UCLA Men’s Rowing team. Led by Head Coach Marcel Stiffey, the team has been turning in stellar performances in the last three years. In academic year 2022 alone, they turned in a dominant team performance at the regional championships where they secured eight podium finishes among both club and varsity competitors, and finished with two medals at the national championship event for club rowing teams.

Men’s Rowing at UCLA was founded in 1933, which means the team enters its 90th season in the fall of 2022. Their first race will be Head of the Charles, in Boston, Massachusetts, one of the biggest regattas in the world and the largest in the U.S. In 2019, UCLA won in the “Collegiate four” event. More team successes are undoubtedly on the horizon.

As for personal accomplishments, Newman has a goal in mind for his landmark gift: “I want this to help establish security for the Men’s Rowing program at UCLA, and to inspire fellow alumni and supporters. Together, we can foster even more success for the team on and off the water.” 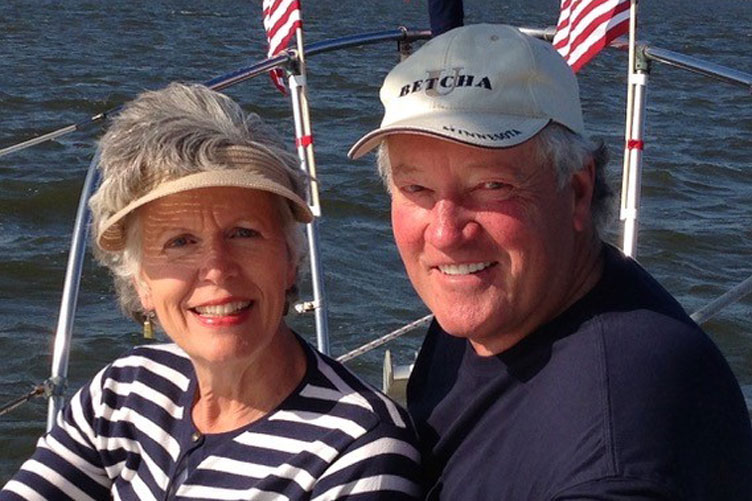 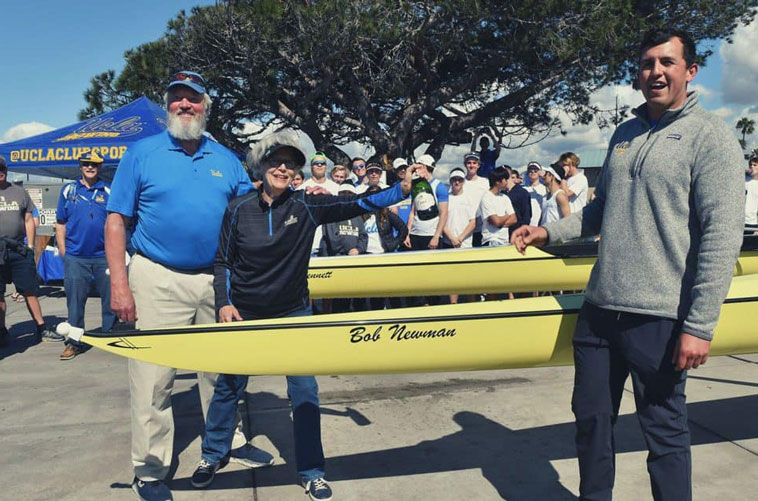 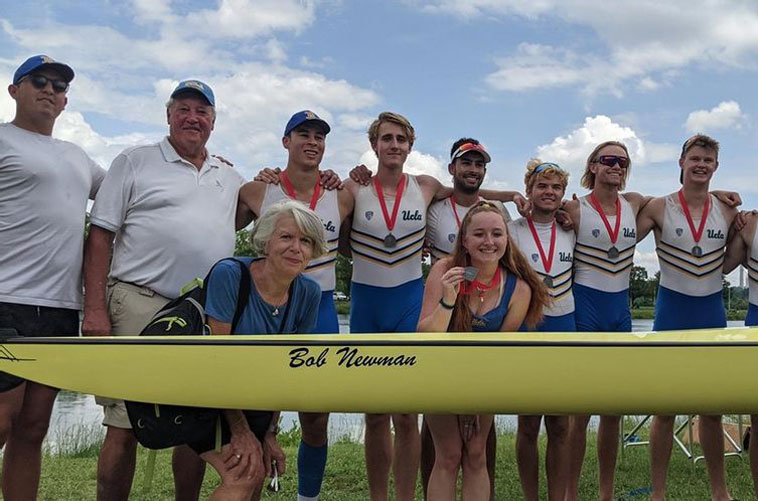 Celebrating the Silver Medal for UCLA Men’s Varsity 8 at the National Championships in May 2022. 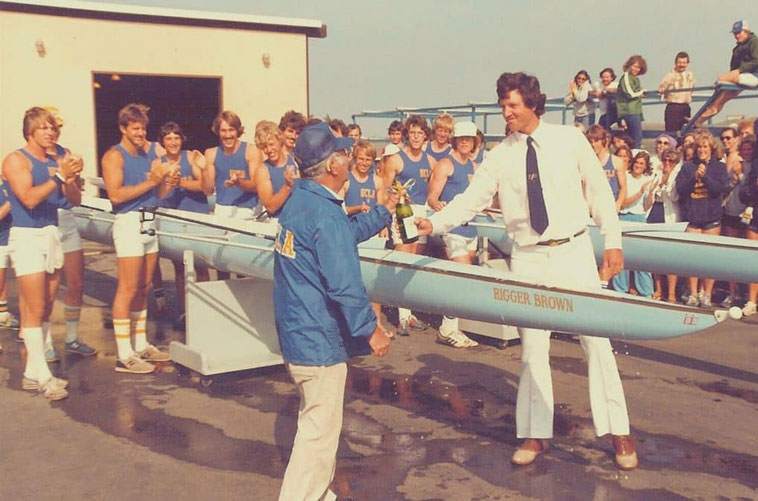 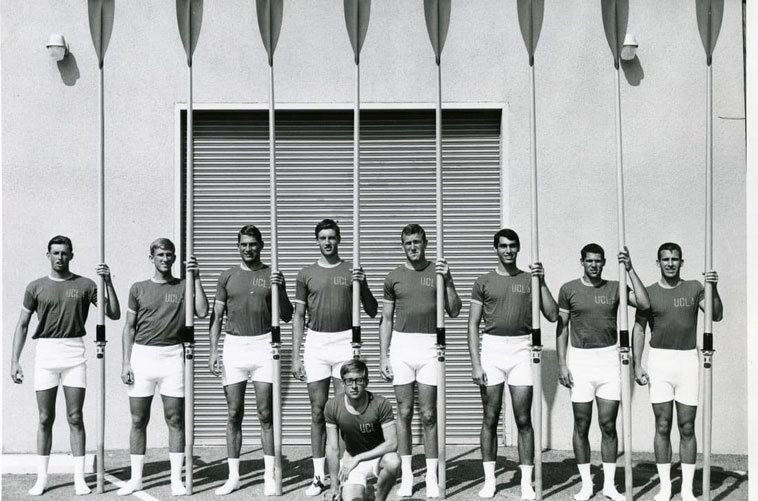 Mariana B. ’22 spent her first year familiarizing herself with UCLA and diving into classes, clubs, and hospital…